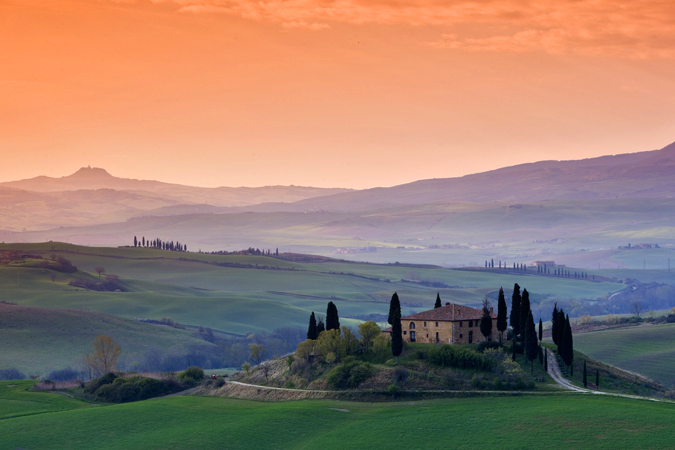 1. Today, many of us live and/or work on the 2nd, 5th or the 8th floor of an apartment or office building. The thought that the building is standing on a piece of land rarely, if ever, occurs to us.

Everyone needs land, the firm surface of the Earth, to rest, move, work and live.

Even to simply exist we need the space that our physical body occupies. That space exists over land. It is only there, where all the necessary conditions for our survival can be found – solid ground, light, air, space and whatever else.

2. This need for land naturally varies in its quality and location, according to our profession and line of business. A farmer requires many acres, a bungalow hotel on the beach requires less, yet more than a bank or a school does, whereas a lawyer or an accountant could do with but a single room.

Yet the hotelier, the banker, the lawyer and others, depend on the yield of the acres of the farmer for their lives.

3 .The higher the level of urbanization, the less aware we become of the fact that all of our activities are founded on land.

Our dependency on land as individuals and as a species is nothing short of absolute!

The novel technological wonders, computers, audio and visual communications and other electronic devices and systems, all require energy; energy that is produced from fossil fuels such as oil, coal, natural gas or from radioactive elements, as well as requiring other metals that are borne out of the earth. Even machines and devices relying on renewable energy, such as wind turbines and solar panels are made of materials from the earth and must rest and have its support.

4. The Earth predates humans by billions of years. With the exception of lands that were the product of draining a swamp or a lake and owe themselves to human labour, the entirety of land is a gift from the universe for all mankind.

But nearly everyone that owns a piece of land, claims it as their property: “This is my land!” And in this way, we preclude others.

This way, since very ancient times, the powerful and the cunning enclose large swathes of land as their own property, even though they cannot possibly use it by themselves, and preclude large masses people from it. The deprived and landless must now pay rent to the landlords in order to have a place to live and work.

Herein lies the second case where injustice manifests and economies go awry. The first, as we saw on the post Political Economy 3: Society and Labour, was where some people enslaved others so that they could exempt themselves from having to labour.

Wherever lands are enclosed as property, poverty becomes rife.

5. Just as in times past the powerful and cunning enslaved others, forcing them to labour on their behalf and lived off the products of slave labour, so it is now: the landlowners in cities and the countryside are forcing the landless to pay rent and are living from it. They are living off from the product of the landless: this is income which normally would belong to the natural wages earned by the labour of the latter.

This is an insidious form of slavery, which the enslaved are only vaguely aware of, as they are forced to relinquish to the landlords a small or large part –but not the entirety- of their product or income, as it is more commonly known.

6. Wise men of old, such as Moses, Plato, Gemistos Plethon and more recently Locke and others, understood the principle that every man must have free access to a piece of land to live. They decreed that every citizen is entitled to use (but not own!) a piece of land, while the rest of the expanse would remain free and under the jurisdiction and administration of whatever form of government there is.

They also held that any tenant that did not make full use of their holding, would have that holding passed over to another citizen.

This state of affairs could be secured in our times through Land Value Taxation, which I have frequently mentioned and to which I shall return in the future.

We have all gotten used to this underhanded form of slavery. Many feel discontent by it, but no one is protesting rightly.

Slavery has been abolished. We must now properly understand the subtle slavery that is brought about by land enclosures and the distortions that it brings about in the economy and society.

That would be a simple and fundamental lesson in Political Economy.