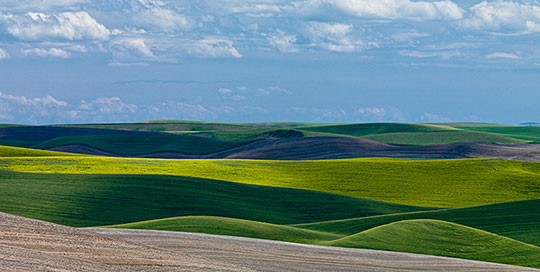 More than one wise man has tried to explain this phenomenon, based on socioeconomical processes within society, metaphysical divine interventions, as well as on moral grounds that pertain to human psychology and our motives. Instructions were sometimes prescribed to mitigate this social injustice; only rarely were they put into effect.

It would be of little use to trace the details that brought about the duality of wealth vs poverty in antiquity and the middle ages, and the various attempts to improve the situation. Let us focus on more recent times instead.
There is a great difference in Britain between, say, the period before 1775 and after 1815. This was brought about by the industrialisation of production and the Industrial Revolution. Prior to 1775 the primary element of the economy was agricultural production, but, during the 19thcentury and starting with Britain -followed by continental Europe and the US- industrialization penetrated as deep as the primary level of production.

In older times and in developing countries today, where agricultural production was dominant, the most common attempt to improve poverty was the redistribution of lands. In such cases, land ownership was (and still is) the dominant factor.

2. Nowadays, following the spectacular failure of every economic model, it is generally held that poverty is a natural phenomenon of life. This isn’t common just to the average person, but extends even in circles where economics dominates as a science. For example, A. Andrianopoulos, former minister with the Greek conservative party, in his book This is Liberalism (Athens, 1988) wrote: “Taxes and public expenditure will be directed to …healthcare, education, pensions and other attempts to cater to the necessities of our fellow men that are in need of the care and attention of the State” (p.119). Nowhere does he enquire why there are such people “in need of the care and attention of healthcare, education” or anything else in the first place!

This mindset is of an almost religious character, with superstitions and bias and is not scientific. All the sciences (Physics, Medicine etc) work within their own body of laws and use them to make predictions that come true, as well as improve and sometimes revise such laws.The modern science of Economics (or Political Economy) began with the French Physiocrats around  the half of the 18thcentury and was later formulated by Britain’s Adam Smith and his renown work The Wealth of Nations.

There were other British and French scholars that took up the topic afterwards and by the second half of the 19thcentury, Political Economy had its own department in European and American universities – following the foundations and analyses laid down by the “classics” (Smith, Ricardo, Mill etc).

3. Today, 150 years later, even with Economics having developed and enjoying several Nobel Prizes for useful and novel research, the divide between the Rich and the Poor remains, and is curiously more striking in developed countries.

Three main systems with its variations have tried and pitifully failed to create harmony in society by eradicating this injustice. In all three systems the land is enslaved, the citizen have no free access to it and the landowners are making profits at the expense of all others.

a) The neo-liberal system, which has been most prominently manifested in the USA, promotes private initiatives and enjoys political liberties (with the exception of access to land). It was founded on the classic liberalism starting with John Locke (in Britain and the Netherlands in the end of the 17th century) coming to maturity in the 19th century. This system allows monopolies which rest on the appropriation of land and of natural resources (which should normally belong to everyone). Another ailment is the use of the banking system for gambling through derivatives and other profiteering activities. In the USA, the upper 0.1%of the population commands an amount of wealth equal to what the 90%of the remaining population enjoys! Sam Walton and his family owns 42% of that (around 149 bn USD in 2015!). Bill Gates having 76bn and Buffet 62bn !

In general, among the 53 most developed countries, the wealthier classes, that is the 10% of the population, hold about 80% of the 136trillion Euros which makes up the total of liquid wealth. The poorest half of the populations only has 5% of that wealth in its hands.

b) The social democratic system in other developed Western nations, where the government intervenes and is involved in (usually poor) social services, education, healthcare etc. The State here can also take on activities in production that normally belong to the private sector, such as sugar or oil industries and others. In other respects, it is not very different to (a).

c) The obsolete communist totalitarian system, which doesn’t merely enslave the land, but its citizens too, despite declarations for freedom, development, people in power and similar soundbites. Here, everything is strictly regulated by Party officials which put their own comfort first. Poverty here is widespread – unless one happens to be a Party member.

4. Communism has little to do with Marx, even though its leaders claim otherwise. Marx was an intellectual, a researcher who, in his later works put down ideas that were very different to his former ones regarding the revolution of the proletariat, that is of the lower working class.
Today, with the exception of the North Korean dictatorship, most nations adopt some sort of (neo) liberal regime. Sometimes there is a stronger focus on free individual initiatives in the private sector and in others there is a distinct emphasis on State intervention. Most systems are social democracies in one form or another.

But all three models in all of their variations have blatantly failed to cure the economic problems that plague all societies. For embedded in their very foundation, is the pitiful distortion that land is capital, together with private individuals reaping economic rent. In some cases the fault lies with the people that simply want to avoid labouring.
Inequality, economic crises, poverty and misery continue their implacable advance. 150 years of analyses, research and planning have not managed to bring about any significant improvement. Essentially, there will be no permanent improvement and the economic malfunctions will endure for as long as we ignore the fundamental truth that land is a primary factor, not capital; that the product of labour must not be taxed; and that the economic rent (land surplus) must be returned to society in the form of a tax.

It is not an issue for morality or ethics. It is an absolutely practical and scientific view. Taxing economic rent, the land values, is, according to all university economic textbooks, the only tax that does not roll over to market prices and does not distort other economic quantities.